Bolenz & Schäfer, which is based in Biedenkopf, Eckelshausen, is producing a car hydraulic system for use by the Austrian Federal Railways. The subsidiary of Roth Industries is currently supplying the first ten hydraulic systems for the mobile track ballast container system known as RockTainer.

Bolenz & Schäfer has been working closely with its customer Innofreight in Bruck an der Mur in Austria to develop a new hydraulic system, which makes the container flaps and sliders on railway carrying cars used for ballast distribution easy to operate. Using an operating platform, rail employees can each control two containers positioned on the double carrying cars. Opening them allows ballast to be distributed alongside and between the tracks. This adjustment mechanism can also be controlled hydraulically from the operating platform.
Thomas Preis from the Development and Construction department at Bolenz & Schäfer explained: “During the journey from the containers’ loading point to the unloading point, the hydraulic accumulators are charged by a wheel set pump attached to the car. The flaps and sliders can then be operated safely and ergonomically using the stored energy.” The project manager continued: "The hydraulic accumulator is similar to an electric battery, although it is much more robust and has a distinctive, more compact design.”

Walter Pöllabauer from Innofreight is impressed: “The hydraulic system, which is installed compactly in the operating platform, ensures accurate, reliable and user-friendly operation of the entire system, with no need for any great expense or effort.” The modular design allows the operators to combine various containers with the new standard carrying car, which means that containers for wood, lime and other materials can also be used.
Innofreight serves customers such as ÖBB Infra, part of the Austrian Federal Railways, with its new modular container system. 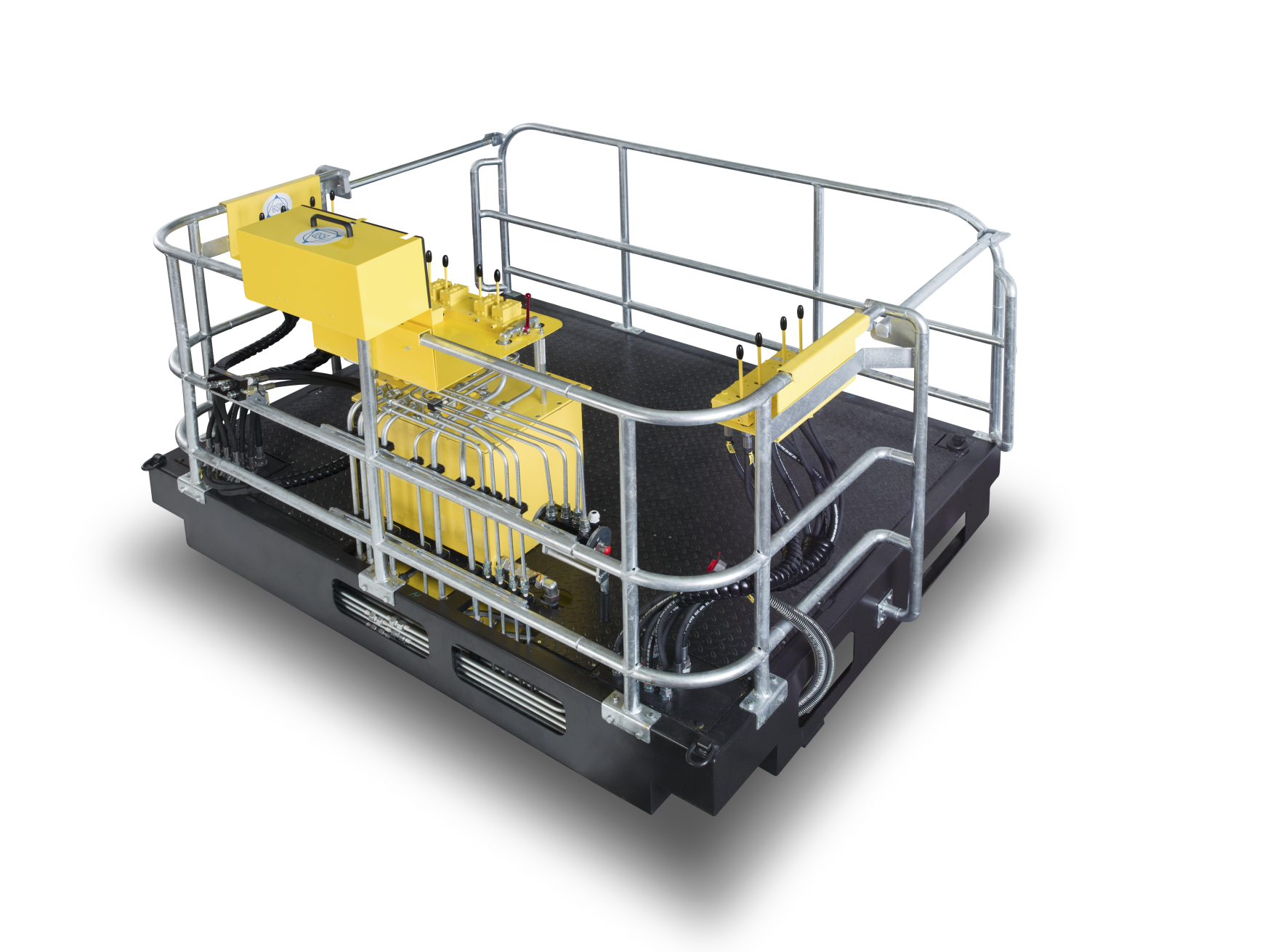